Search for the Kraken

This is a fanfiction by Stuffing.

"No... They shouldn't have gotten in!" Wani Salah was in shock, he could not believe they had gotten past the, well whatever that thing is, and more so past the Kraken. He was inferior. "Go to them, and give them kraken ink, AND GET THEM OUT OF THIS ATOLL!" he screamed, as loud as he could through his dusty, old, lungs.

"Sir, we are doing exactly that, but we have found something else. Our kraken has left! This may have been the reason they were able to get inside. We have enough ink in supply to do a gentle memory wipe, they haven't seen that much," the perfectly innocent volunteer said reassuringly.

"WHAT IDIOT LET A TEN TON SQUID OUT OF A GATED ENCLOSURE AND DIDN'T NOTICE! I have to find him. I'm bringing Loyal for protection, and I'm taking the SNAPA! Alone!" Wani Salah yelled. The younger adult workers had ironically named their ship, the SNAPA, which got some sneers from SNAPA themselves, because no orginization would want to be named after a sliver of a boat.

He walked out on the dock under the cloudy sky, waves crashing on the creaking boards. He hopped in the tiny, grey, slightly rusted boat. He pulled up the anchor with his muscular arms, and set off through the atoll as fast as his splinter of a boat could.

He glared at the big red yacht on the opposite side of the atoll, and even though several menagerie workers were "tending" to the tourists, he still felt sick. He reached the atoll entrance, and blew a silent whistle. Only pure, true, mystic dolphins could hear it. The whistle was originally made to identify a mystic dolphin under their usually-terryfing masks, but Wani Salah used it to contact Loyal. Soon enough, Loyal, in his stupid purple-green mask, bounded up to him, weaving in and out of the foamy waves.

Next thing he knew, he was out at sea. A storm had come in, but none of the regular cyclone warnings. The whole "shield" creature thing that nobody wanted to think too hard about could protect the menagerie from the weather, but some stuff got in. A few palm tree leaves here and there, but not anything that Wani needed to worry about.

Stay focused, Wani thought, carefully hooking up his can of fuel to the motor. It sputtered and a black trail of oil lay behind him and the noisy boat. Sometimes some of the young menagerie caretakers would say "goodbye environment" as he left. This made him angry and confused. He cared plenty for the environment, or he wouldn't be taking care of these Narnia character wannabes.

Loyal let out a squeal. OK, there probably weren't any dolphins in Narnia. He's not as bad as the others, Wani thought. Then he realized Loyal wasn't squealing because of his insult to every mythical creature ever, it was because a blood-red blob was crawling up his dorsal fin.

Darking, darking, darking! The words from his menagerie caretaker handbook rushed back to him. Gets into cuts, drains blood, and other terrifying phrases for the moment being came to mind. OK, Wani quickly thought, Loyal isn't in that much danger, because his mask covers any cuts he has, if he has any. He peered nervously down at the 6-inch long scar on his arm. He wasn't sure if a Darkling could get into his bloodstream through that. Can't Loyal be something slightly more terrifying! he thought as the mystic dolphin squealed and beat his tailfin up and down.

He realized he had to do something. The Darking could come across a possible cut on Loyal. He saw a glass jar through the cabin of the boat's window. He unscrewed the lid as fast as he could, trying not to get distracted by the boat shaking from the stormy waves. He ran back outside and scooped the fist-sized Darking up and slammed the lid down.

He stopped the motor and went in the cabin. He set the jar with the hopping Darking on the desk. He opened his mythical creature handbook up. It was his mother's, she was a tracker and found many creatures for the Javanese Menagerie, which was 200 miles southeast from Jakarta. He quickly flipped to the Darking page. It said that another person would threaten a Darking to put it on genocide mode. There weren't any people around here for miles! Wani wasn't sure what set the Darking on genocide.

Wani now knew the Kraken had gone very far away. He had circled the area around the menagerie with the SNAPA, and now he was fairly sure the Kraken knew where it was going. He flipped to the Kraken page in his mythical creature handbook, looking for any clues as to where it may be, and his stomach flipped over.

They were in the Solomon Sea now, and soon enough, he would be diving down toward Siji Murni's grave: The Mariana Trench. 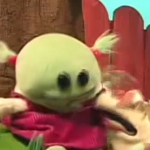